As part of its Fine Arts Series, Illinois College welcomes back virtuoso organist Stephen Tharp ’92 to give a lively performance at Rammelkamp Chapel on Friday, Feb. 21 at 7:30 p.m. 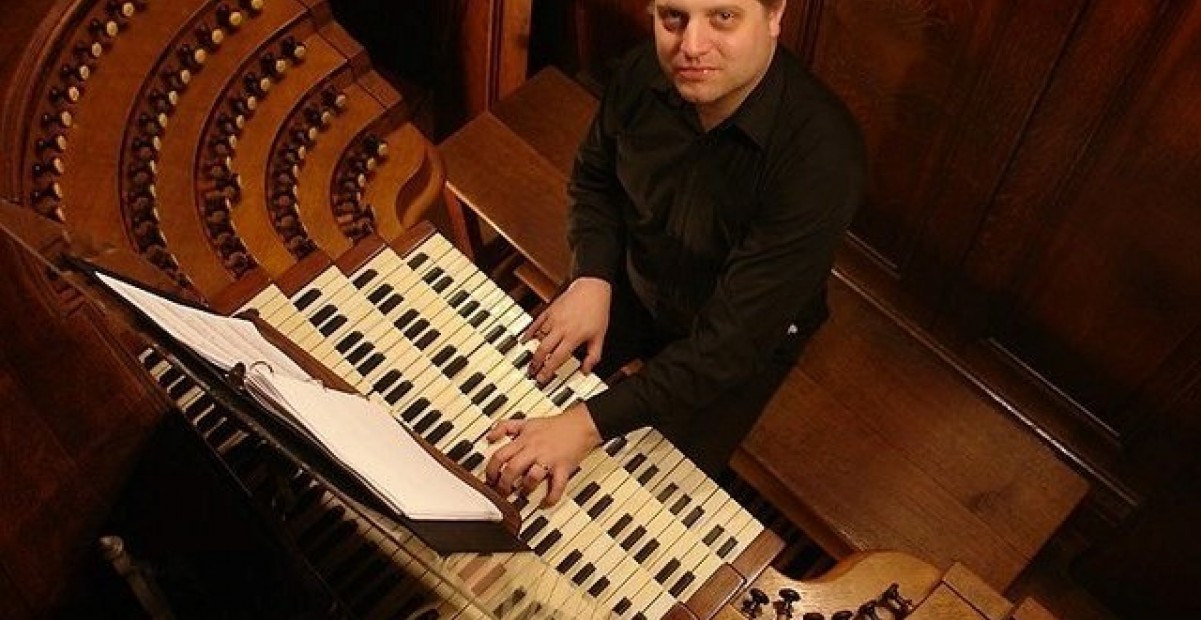 Tharp has become a consummate musician, renowned for his insightful and exciting performances. His performance at Illinois College will include a wide variety of organ music, written from the eighteenth century to 2019, including works by J.S. Bach, Felix Mendelssohn and Louis Vierne (whose last two organ symphonies are on Stephen’s new CD from St. Sulpice, Paris), plus several Romantic era virtuosic masterpieces. The newest work on the program will be a new Berceuse dedicated to the renowned American organist Fred Swann, composed in 2019 by Dallas-based composer George Baker.

Tharp has performed throughout the United States and Europe and was the official organist for the New York visit of Pope Benedict XVI in 2008. He was also awarded the International Performer of the Year in 2011 by the New York City Chapter of the American Guild of Organists.