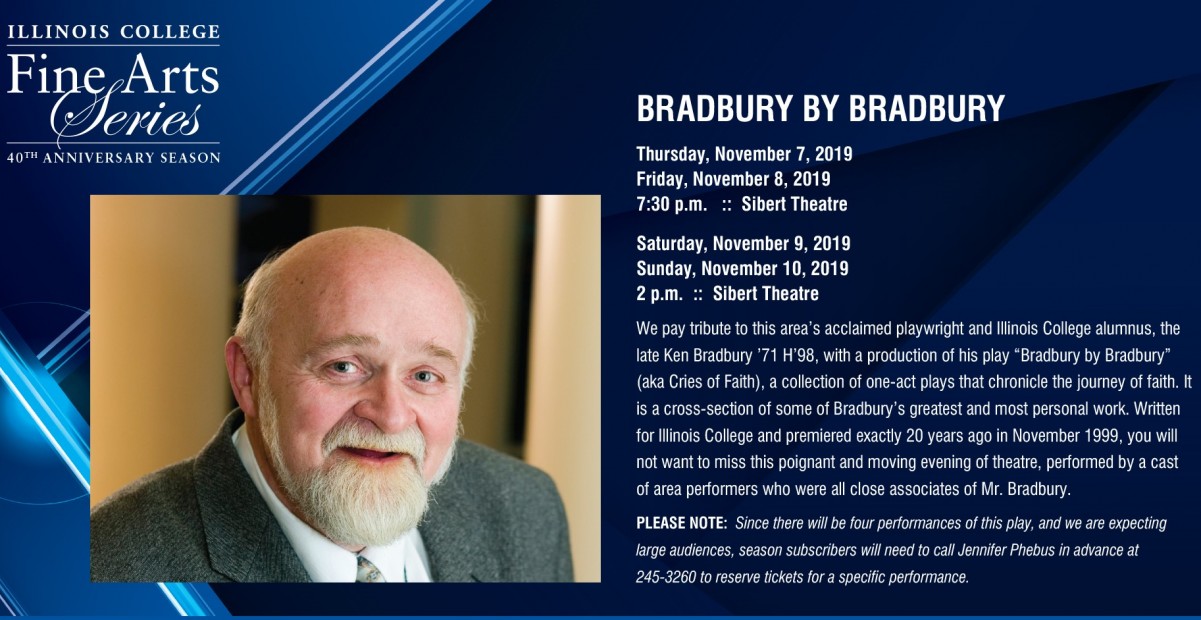 The production, a tribute to the late Bradbury who died in November 2018, is part of the Illinois College Fine Arts Series, which is in its 40th season bringing outstanding performing arts to the Jacksonville area.

Bradbury, an IC alumnus, originally wrote the play for Illinois College, where it premiered 20 years ago in November 1999. The moving production features a collection of one-act plays chronicling a journey of faith and representing a cross-section of some of Bradbury’s greatest and most personal work.

*An interpreter for the deaf will be available at the show on Thursday, Nov. 7.

ABOUT KEN BRADBURY
Ken Bradbury taught at Triopia Jr. Sr. High School for 35 years and was the founding director of the Green Pastures Camp for the Performing Arts, which hosted over 400 students each summer for over 30 years. Throughout this life, Bradbury was a prolific playwright. He was awarded the Studs Turkel Humanities Award by the Illinois Arts Council. His works included biographical plays about people like Abraham Lincoln, Robert Earl Hughes, and Vachel Lindsey as well as area histories, which he brought to life by working with local casts intimately acquainted with the area. Bradbury was awarded an Honorary Doctor of Arts in 1998 and the McGaw Citation for Excellence from Illinois College.