Arlene has just gotten out of prison and is trying to start a new life for herself. But she faces a host of obstacles: laws regarding the kind of jobs past convicts can get, prejudices of employers as well as society at large, people who want to manipulate her to their advantage, and a dysfunctional family. In addition to these external forces, one of the most significant barriers she faces is overcoming the person she used to be and the violence she suffered. Her former self, Arlie, is always with her, acting out her memories as Arlene navigates the present. Getting Out portrays the gut-wrenching struggle of a young woman determined to win against all odds. 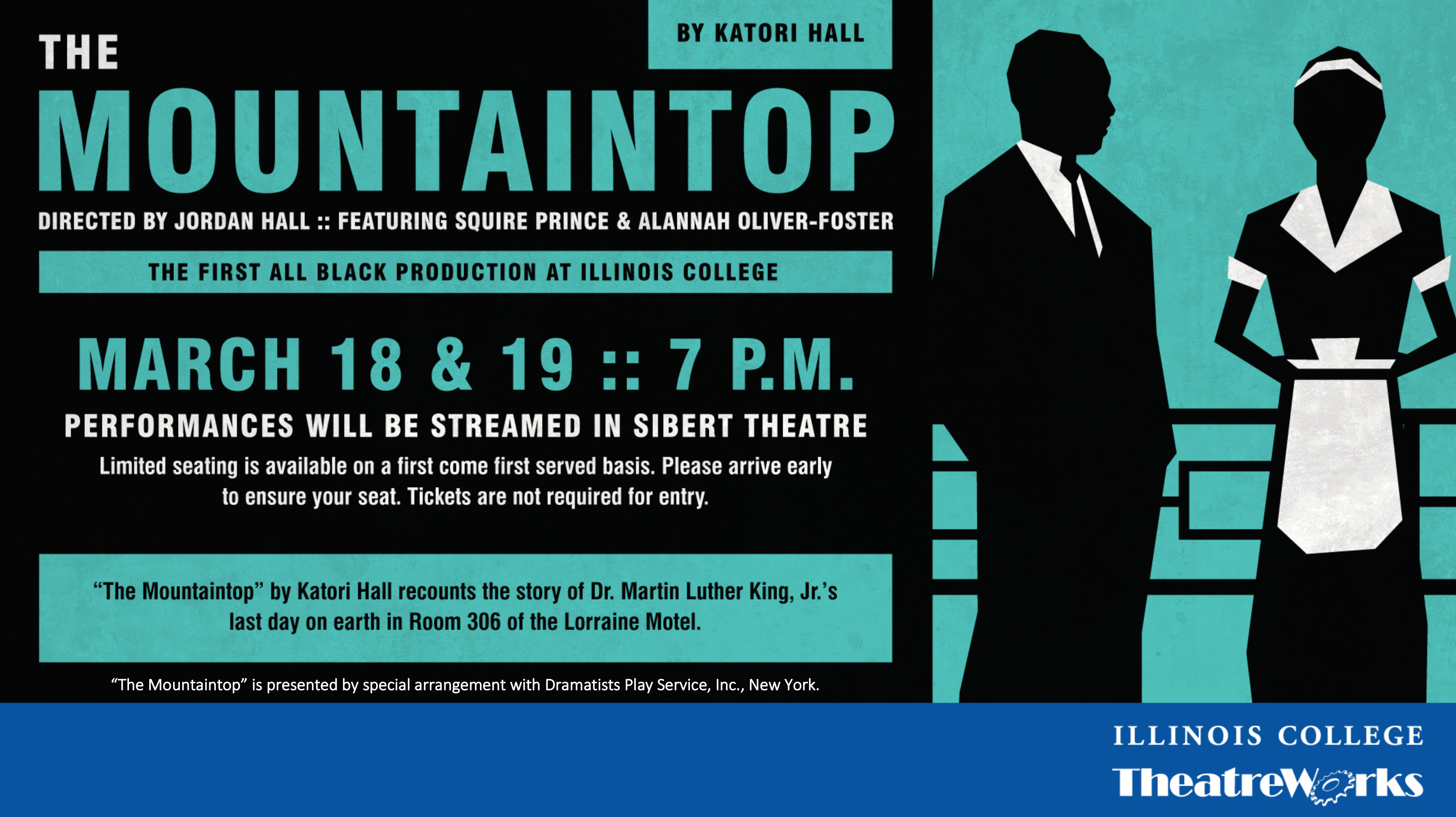 The Mountaintop tells the story of Dr. Martin Luther King Jr. on his last day on earth: April 3, 1968 in the Lorraine Motel. In this riveting story, Katori Hall humanizes the civil rights leader and historic icon as King connects with Camae through moments of joy, laughter, sadness, and grief. The play enables us to reconnect with Dr. Martin Luther King Jr., a flawed man who heeded the call of his Maker.

This production is available via video-on-demand from March 18 at 12:00 a.m. until March 19 at 11:59 p.m. The running time of the show is approximately 90 minutes, so you need to begin your viewing by no later than 10:15 p.m. on March 19. The ticket price is $5.00. Please click on this link to purchase your ticket and receive your access code. Thanks!

©2020. This Video recording was produced by special arrangement with Dramatists Play Service and Katori Hall. All rights reserved. This performance is authorized for non-commercial use only. By accepting this license, you agree not to authorize or permit the Video to be recorded, copied, distributed, broadcast, telecast or otherwise exploited, in whole or in part, in any media now known or hereafter developed.