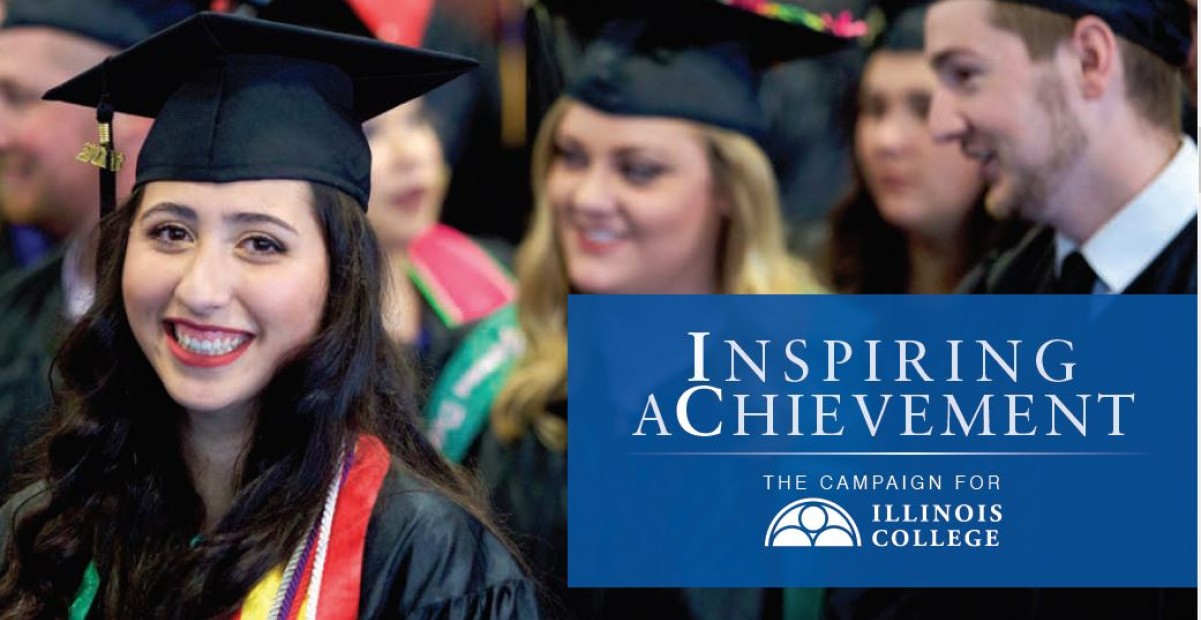 According to President Barbara A. Farley, the $50 million comprehensive capital campaign focuses on initiatives that will have a major impact on the future of Illinois College and advance its mission in several key areas.

“Inspiring Achievement will launch students toward success, ignite leadership and learning and make an immediate impact on the College while extending our extraordinary legacy into the future,” said President Farley.

The Campaign includes $10 million to update learning environments including a full renovation of Crispin Hall as a state-of-the-art STEM center, $14 million for hands-on learning experiences such as internships, study abroad and student-faculty research,  $4 million for faculty support, $2 million for improvements to athletics facilities, $15 million for scholarships and $5 million in direct student support through the IC Fund.

Since the start of the Campaign, over $36 million has been raised as of March 31, representing 72 percent of the goal. President Farley said she has seen the difference that a supportive community can have on the lives of students and looks forward to seeing alumni and friends of the College come together as the Campaign gains momentum.

Inspiring Achievement is a call to action for all those who believe in Illinois College. The world needs Illinois College now more than ever and this Campaign calls on our growing community to recognize the value and power of an Illinois College education. With their help, we can achieve our goal and continue preparing students to join alumni as leaders in their communities and professions.
President Barbara A. Farley

More than 100 members of the Illinois College Society celebrated the Campaign launch at the Gala, an annual event for the College’s premier annual giving circle which brings together visionary donors in IC’s philanthropic community with College leadership. Membership in the Illinois College Society is extended to all donors who give $1,000 or more to the College on an annual basis.

Additional events are being planned throughout the region and country to help kick off the Campaign and share more about IC’s vision for the future. Visit www.ic.edu/campaign to make your gift and learn more.