Nancy Taylor Porter’s recently published book, “Violent Women in Contemporary Theatres: Staging Resistance,” covers a lot of ground in exploring ideas of gender, feminism and the women’s movement through the lens of theatre. 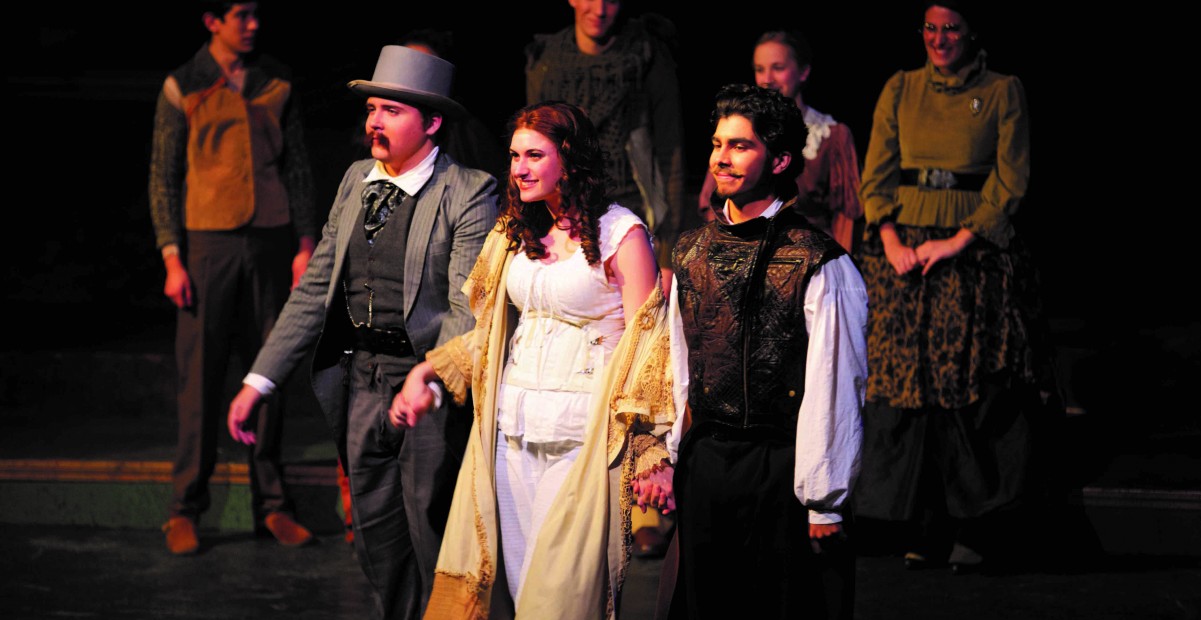 “There's been a lot of work done on the construction of gender. The idea that men are violent and women are gentle and nurturing is really deeply ingrained in our culture — it’s kind of universal. I wanted to explore how these ideas influence how playwrights portray women.”

Taylor Porter, professor of theatre and chair for the department at IC, started her research from a psychological and sociological approach, considering the many diverse perspectives on the topic of women and violence. The women she writes about  are mothers, daughters, intimate partners, street fighters, boxers, soldiers and dominatrixes.

“I used my research to really dive into theatre. The book is rooted in various disciplines and connects to what is happening now culturally. It’s important that we explore these issues honestly. If we are studying women and violence truthfully, we need to get rid of our preconceptions,” said Taylor Porter.

Through her work, Taylor Porter discovered how unusual it was for women to be portrayed as violent beyond very specific contexts — like acting in self-defense or out of mental illness. She was also intrigued by how rarely women fight on stage in the theatre.This dearth has given rise to groups like Chicago-based theatre company Babes with Blades, which was created to commission works that provide women opportunities to fight onstage and portray female characters with a wider range of emotion, incorporating aggression, rage and violent behavior.

Taylor Porter said that, while not many playwrights venture into this territory,  those whose plays contradict the stereotypical view of violent women as rare monsters, which is how they are commonly portrayed in the media, can illuminate and transform their audience.

“Although the playwrights and artists producing work on this topic constitute a tiny minority, they have looked deeply enough into this to understand the issue. Their plays can rescue these women with realistic portrayals that humanize them,” said Taylor Porter. “Audiences who read or see those works will have their assumptions challenged in a way that will impact their own perceptions of gender.”

According to Taylor Porter, her research influences the types of productions she directs, often with violent themes like “Bonnie and Clyde,” and informs how she relates to her theatre students at Illinois College.

“I do find this work ties in to what we study and organically informs my teaching. When I hit a related topic, I can share research that I know very well with a class. It’s a reservoir of knowledge that students can tap into,” said Taylor Porter.

This is the second book for Taylor Porter, whose first book, “Women Direct Shakespeare in America,” is about feminist performance theory and practice.