IC within reach of $50M goal

The rendering shows a completely updated Crispin Hall. Raising funds for a major renovation of Crispin to turn it into a state-of-the-art STEM center is a "centerpiece" of the Campaign. 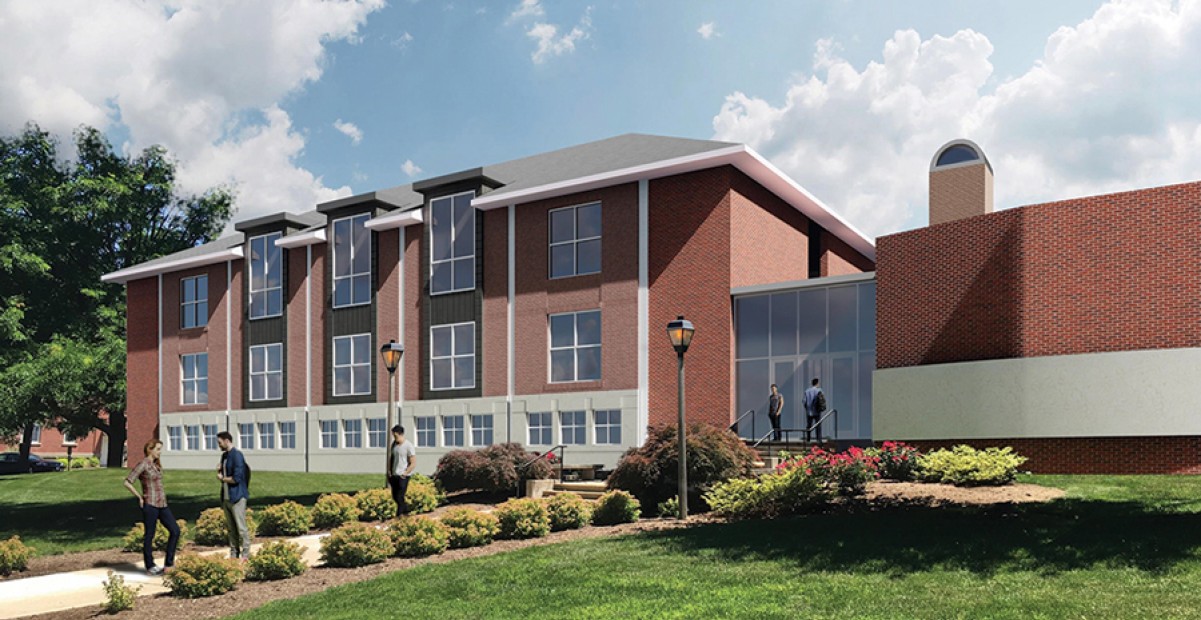 This entire campaign is centered around investing in Illinois College’s students and their future.
President Barbara A. Farley

Illinois College has raised $36 million of its goal as it enters the public phase of its $50 million capital campaign.

The Campaign is the largest the college has ever undertaken, President Barbara Farley said.

The Campaign aims to raise $10 million to update learning environments; $14 million for hands-on learning experiences, including internships, study abroad and research; $4 million for faculty support; $2 million for athletic facilities; $15 million for scholarships; and $5 million for student support through the Illinois College Fund.

Fundraising began alongside the 2014 strategic plan to fund the goals outlined in the plan, Farley said.

By the end of the first quarter of 2019, the college had raised $36 million, or 72% of the goal. The public phase of the campaign — called Inspiring Achievement: The Campaign for Illinois College — was launched May 10 during the Illinois College Society Gala.

“So, we’ve been building momentum during the quiet phase of the campaign, in which we’ve raised over $36 million,” Farley said.

A major renovation of Crispin Hall is “a centerpiece” of the campaign, Farley said.

Built in the 1960s, the former science building on West College Avenue is now a facility where more than three-quarters of students take classes during their time at Illinois College.

The renovation is included in the $10 million being raised for learning environments and will be completed in two phases, beginning this summer with the lecture hall.

“We’re going to renovate it to accommodate the needs of our current academic programs and to create a state-of-the-art auditorium to be a major classroom for us,” Farley said.

The second phase will involve renovating the rest of the building, inside and out.

The college will host a series of fundraising events during the summer and fall, said Stephanie Chipman, vice president of enrollment management and college marketing.

“All gifts to the college will count as part of this campaign, which I think is exciting for a lot of people to get involved in,” Chipman said. “It is a rapidly changing environment to adequately prepare our students to graduate ready for 21st century careers and so this campaign is entirely dedicated … to that preparation and their success."

In the News
Four from IC community honored by local newspaper
In the News
Coach: IC soccer player who died of brain cancer ‘typified student-athlete experience’
In the News
IC recognized as a top college in the Midwest
Back to top