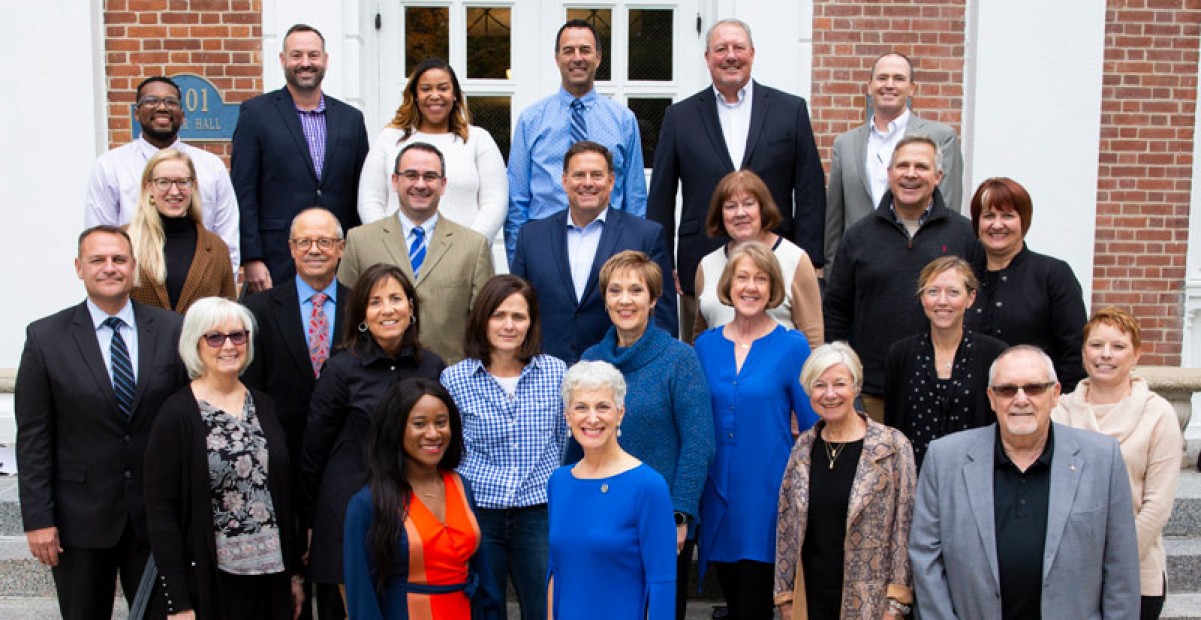 Reg Ankrom ’71, of Quincy, Illinois, was a Vietnam-era Navy veteran when he returned to his native Jacksonville to attend Illinois College in 1967. He earned a bachelor’s degree in English in 1971 and he earned a master’s degree from the University of Kansas in 1972. He worked as a statehouse reporter for the Illinois State Register and later entered public relations. He retired in 2000 after 22 years of service. Ankrom later returned to journalism as the business editor for the Quincy Herald Whig. He is now writing a three-volume biography of Sen. Stephen A. Douglas. His first book won several accolades and his second book will be released later this year. Ankrom is a member of the Illinois College Society.

Willie Barefield ’13, of Chicago, Illinois, graduated from Illinois College in 2013 with a bachelor’s degree in management and organizational leadership. During his time on the Hilltop, he co-founded the Black Student Union and the improvisational theatre troupe, Lincoln Security Detail. He was involved on campus and a student-athlete on IC football. Barefield worked in higher education as an admissions counselor for Chamberlain University College of Nursing and for Illinois College. He is currently an assistant director of undergraduate admissions at DePaul University where he helps recruit students for the university’s honors programs.

Rita Mueller Schultz ’80, of Sherman, Illinois, graduated from Illinois College in 1980 with a bachelor’s degree in business administration and economics. She was a member of Sigma Phi Epsilon literary society, a resident advisor at Fayerweather House and a student worker in the Office of Development and Alumni Relations. Schultz retired after 38 years with Horace Mann Educators Corporation in Springfield. She has been involved with Sister Cities of Springfield, served on the board of directors for Mini O’Beirne Crisis Nursery of Springfield and is actively involved with her church.

The Illinois College Alumni Association includes elected alumni representatives who share a mission to further the interests of the College, strengthen the connections between alumni and their alma mater, and foster a spirit of fellowship and goodwill in the alumni community.