Hannah Turk ’18 has received a Fulbright Scholarship, one of the most prestigious and competitive fellowship programs in the world. Through the Fulbright U.S. Student Program, Turk will spend a year teaching in an elementary school in the Canary Islands in Spain. 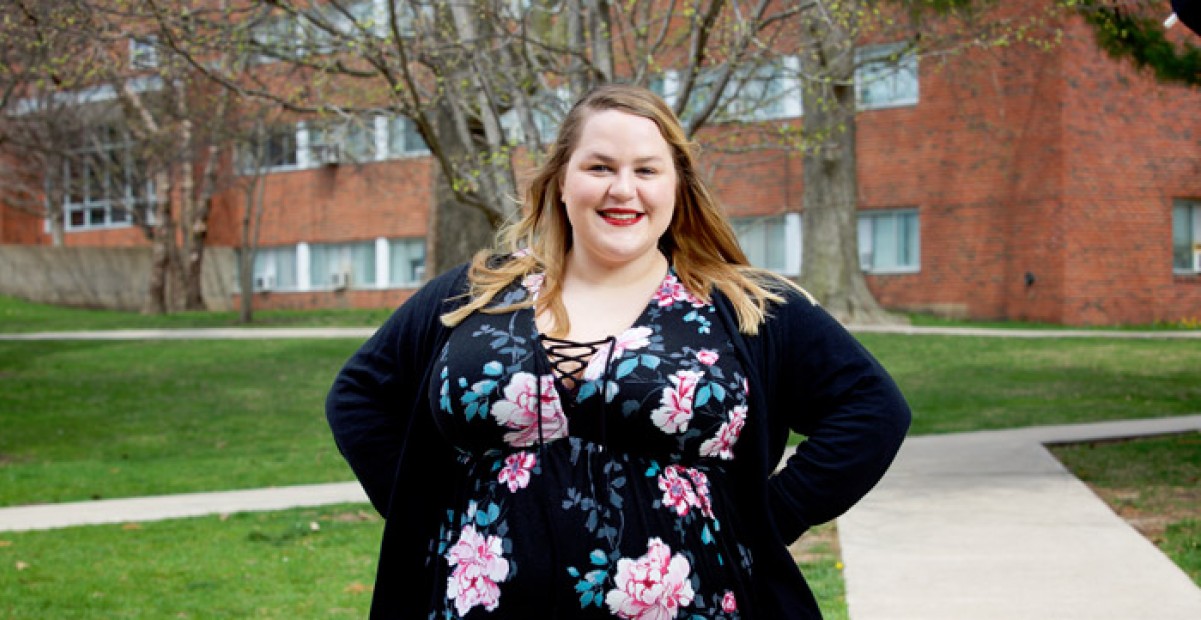 Turk is the fourth Illinois College student or recent graduate to receive the honor since 2016. She graduated in December 2018 with a degree in Spanish and education, and is currently a high school Spanish teacher in Beardstown.

“I'm still kind of shocked that I actually won. It's a dream come true for me to return to Spain. I think just being there again is going to be really exciting -- seeing all the places again and seeing all my friends that are there,” said Turk, who spent a semester abroad in Madrid during her junior year at IC.

Turk said the experiences she had as a student at Illinois College played a role in making her a strong candidate. She was a tutor and served as an officer in the campus organization Tomorrow’s Teachers. The opportunity to study abroad in Spain was also a factor. While she had visited the country before on a class trip, the experience of being there for more than a semester was life-defining.

“Before I went, I was doubting whether I would continue with Spanish. I had spent six or seven years studying the language and I wasn’t where I wanted to be,” she said.

Turk says her time abroad brought together everything she had learned and also challenged her to grow personally. She remembers learning to communicate with strangers in another language and to navigate a situation that was at times intimidating. After that experience, she returned to campus with a renewed passion for the language and more confidence in her abilities.

Another valuable experience for Turk was the chance to complete undergraduate research studying multilingual students and standardized testing. When she presented her findings at Butler University’s Undergraduate Research Conference among hundreds of other students, she remembers one evaluator suggesting that she would be a good candidate for the Fulbright, which introduced the idea to Turk and started her on her path toward applying.

Turk says that she worked with many faculty during her time at IC who helped guide her educational journey and through the lengthy Fulbright application process, which she began in August. She recalls Amy Schwiderski, assistant director of the Center for Academic Excellence and assistant professor of education, serving as a reliable mentor and someone who helped her see herself in a new way.

“A lot of teachers treated me like I was stupid growing up. Amy Schwiderski helped me see that I was just bored and needed to approach learning in a new way. I thought I would just grow out of my short attention span, but she convinced me to accept it and find new ways to cope with my struggles.”

When Turk applied for the Fulbright, Schwiderski wrote a letter of recommendation for her. Turk also worked with Dr. Karen Dean and other faculty as part of IC’s Graduate Opportunities or Go! Program. An initiative funded by Stephen M. Tillery ’72 to launch IC’s top students toward success within top-tier graduate and professional programs. Turk recalls Dr. Almut Spalding, director of global programming and professor of world languages and cultures (German), as being “a huge help to me during the process of writing my essays” and says Dr. Steven Gardner, Francis McReynolds Smith Professor of International Understanding and Professor of World Languages and Cultures (Spanish), was also influential in her path to the Fulbright and helped her to edit many drafts of her written application.

Turk said that saying goodbye to the school students she has spent a semester teaching in Beardstown will be bittersweet, but she believes the experience will help her grow as an educator.

Michael Shereda ’19 was also recently announced as a Fulbright recipient and plans to travel to Germany this fall to serve as an English teaching assistant in a German school for one year. Christian Flores ’18 was a 2018 recipient and is currently in Brazil through the Fulbright program and Gabrielle Esparza ’16 was a 2016 Fulbright scholar who spent a year in Argentina.