The Howard and Vera Million Endowed Scholarship is awarded annually to students entering Illinois College from high school with preference given to students from Greene, Morgan or Scott counties in Illinois. 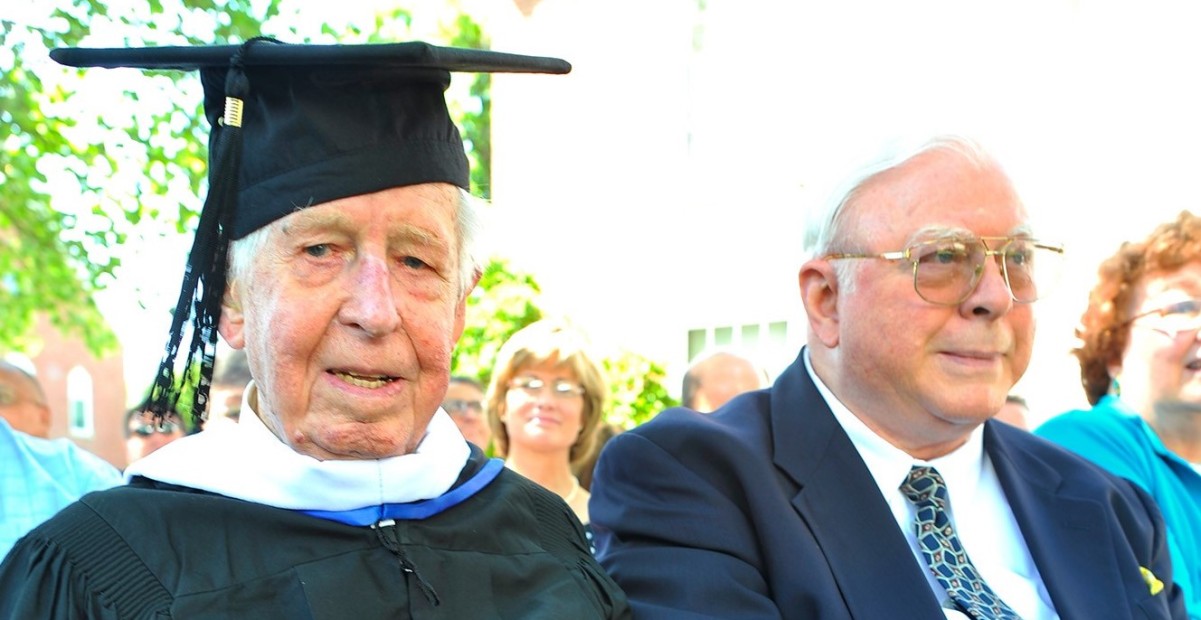 A $1.5 million gift to Illinois College from the estate of the late Howard Million H’12 funds the permanent scholarship, which was established following Million’s passing in October 2014 at the age of 102.

Million was a distinguished friend of Illinois College. Raised on a farm near Roodhouse, he had a successful career as a farmer and was the founder and president of the former Roodhouse Savings and Loan Association. Illinois College awarded Million an honorary bachelor of arts degree during the 2012 Commencement ceremony.

That same year, Million approached the College about helping ensure deserving students have the opportunity to attend Illinois College and receive the type of education he had not been afforded. Working closely with the Office of Development and Alumni Relations, Million established a gift through his estate to provide for the scholarship.

Estate gifts have long been a vital source of support throughout Illinois College’s nearly 200-year history. Planned gifts have funded scholarships and made it possible to establish impactful academic and co-curricular programs. They provide a meaningful legacy for the donors who leave a lasting impression on the lives of the students they support.