For the first time in the history of the program, the Illinois College women’s soccer team had a player named a CoSIDA Academic All-America as it was announced on Tuesday that goalkeeper Charlotte Crofton ’19 was named to the Third Team Academic All-America. 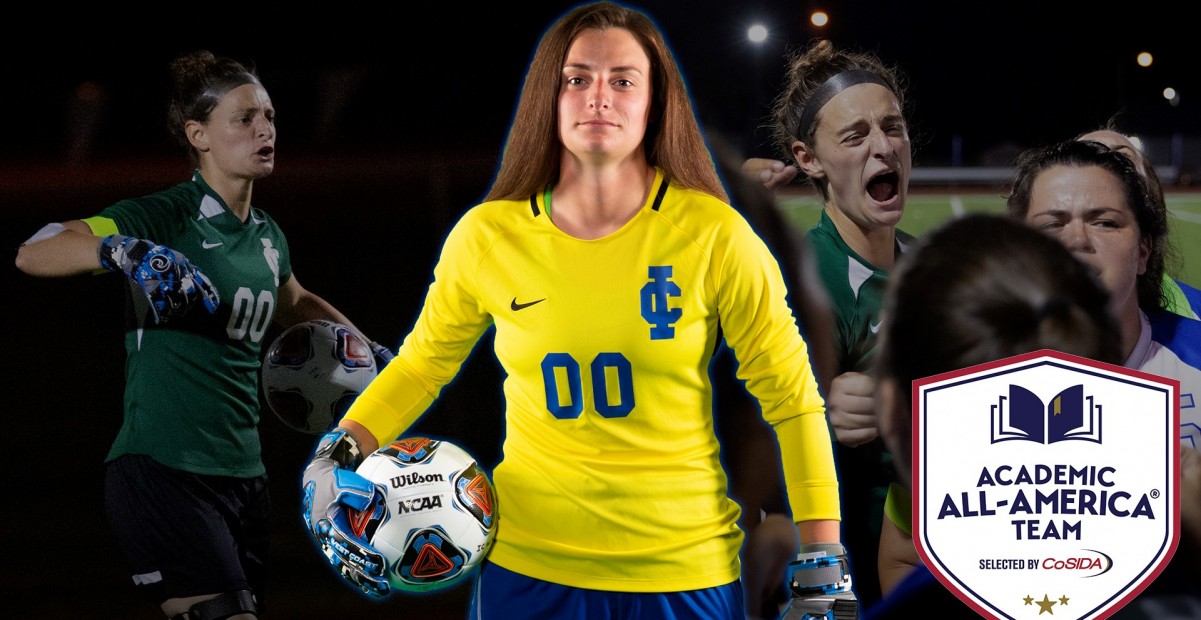 A Springfield, Illinois native and a product of Southeast High School, Crofton carries a 4.00 GPA as a music, psychology and religion major with a minor in German studies. The honor is Illinois College’s first CoSIDA Academic All-America in any sport since three members of the Blueboys and Lady Blues earned the honor in the 2014-15 school year. Of the 33 members from the First Team, Second Team and Third Team, Crofton was one of 14 who boasted a 4.00.

As Illinois College's goalkeeper this season, Crofton accumulated exactly 200 saves on the season. That number ranks seventh nationally in Division III women's soccer. In a four-year career with the Lady Blues, Crofton ranked second all-time in program history with 470 saves.