A legend in Alabama high school girls’ soccer, Hunter Gray has also worked at a pair of NCAA Division III institutions in the past three seasons. 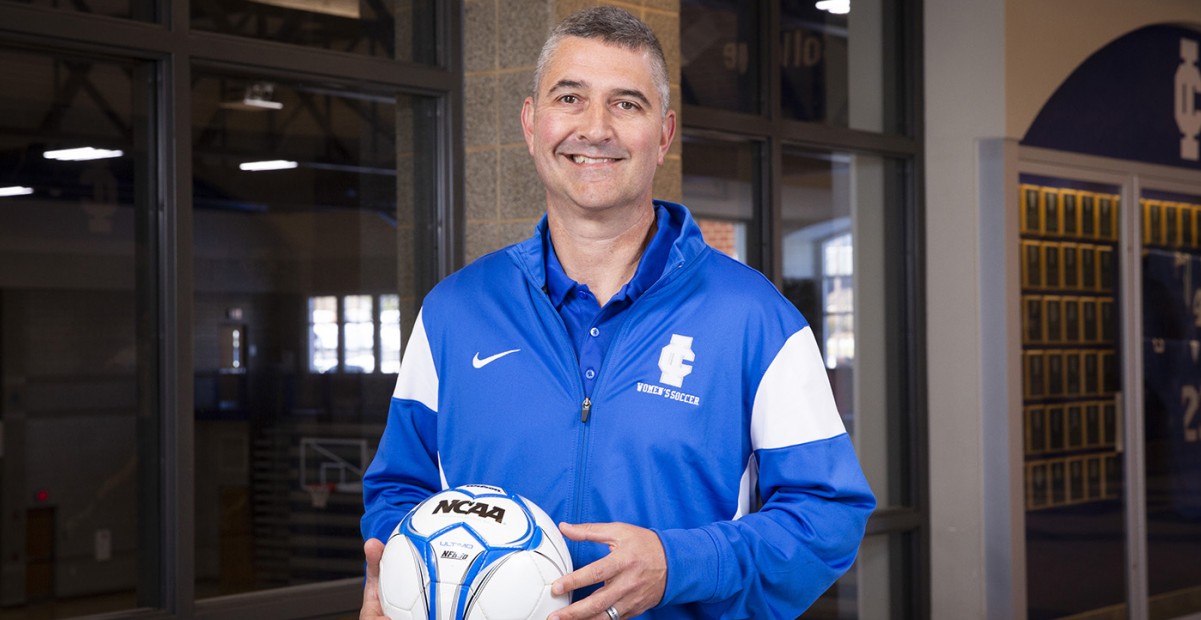 Illinois College Director of Athletics Mike Snyder is pleased to announce the hiring of Gray as new head coach of women's soccer. Gray brings an extensive coaching background with him to the Hilltop, having coached for more than 25 years in the state of Alabama, accumulating more than 300 wins along the way. In the past three seasons, he has added responsibilities with two NCAA Division III schools, working this past season at Lees-McRae College as a men's assistant and men's and women's goalkeepers coach.

"Hunter's accomplished background along with his strong leadership qualities really stood out in the search process," said Snyder. "I appreciate his approach to teaching the game and his immediate ability to connect with student-athletes and colleagues. I am excited about the direction he can take the Lady Blues soccer program and look forward to future and ongoing success."

A Division I soccer player at the University of Alabama-Birmingham, Gray began coaching at Indian Springs School in Birmingham in 1993. Since then, he has racked up 343 victories, making him the active leader in coaching wins in the state of Alabama for girls' soccer. His teams were state champions in 2003 and 2005, and runners-up in 2004 and 2008. Additionally, the program has made seven other Final Fours over that time.

Beginning in 2018, Gray began coaching at the Division III level, first with a stint as a volunteer women's soccer coach at Birmingham-Southern College. In his first season with the program, the Panthers had their most wins in program history. This past season, Gray became a men's assistant coach and a men's and women's goalkeepers coach at Lees-McRae College in Banner Elk, North Carolina.

"I want to thank Mr. Snyder and Dr. Farley for the opportunity to lead the women's soccer program," Gray said. "From the first time I came on campus, I really felt like this was a place where I should be. The history and tradition of the school, combined with an administration that is very committed to the student experience here on campus, is very exciting for me."

Gray holds a United States Soccer Federations (USSF) "B" license and a United Soccer Coaches (USC) Goalkeeping Level I certification. He will assume his duties at Illinois College in January of 2020.