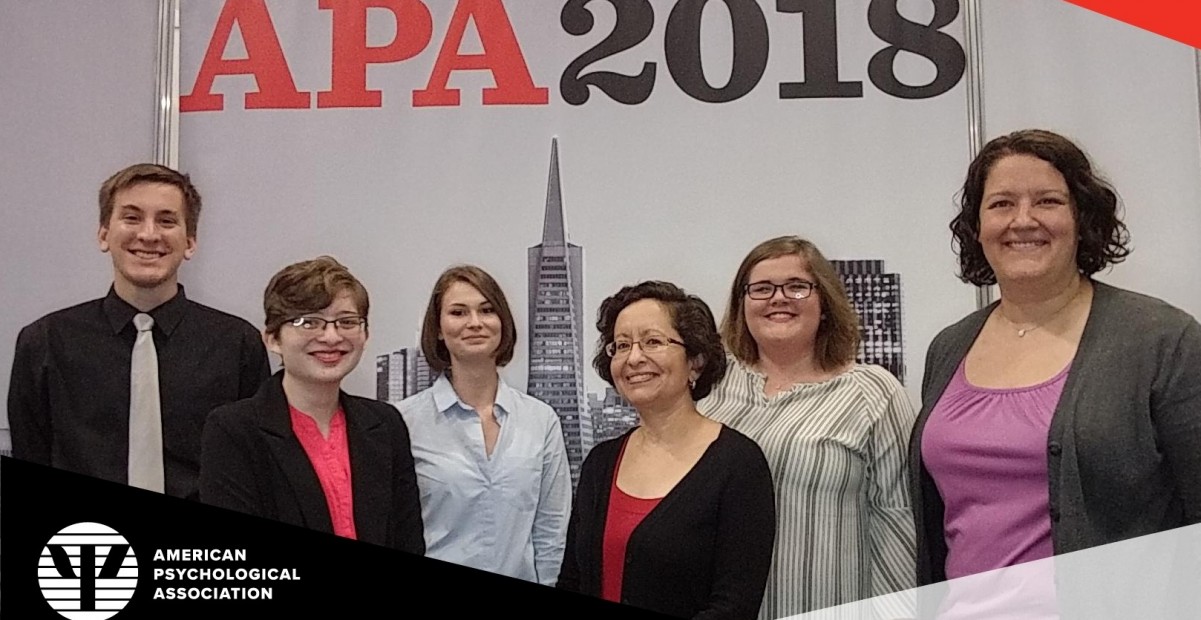 Four students, along with several College psychology faculty members, were accepted into the the American Psychological Association’s annual meeting in March and by August the group was traveling to San Francisco with projects in tow. Psychology professor Elizabeth Rellinger Zettler said that attending a nationwide conference is not uncommon for psychology students, but the American Psychological Association is particularly special.

“The APA is the largest professional organizations for psychologists,” Rellinger Zettler said. “Even though it’s American, it is a worldwide compilation. It’s an interesting organization, in part, because it supports research but it’s also a place where clinical and counseling psychologists present their work, not just research psychologists.”

The American Psychological Association features research professors and graduate students from around the world who present their work. The Illinois College students, Emily Benca, Grace Eager, Samantha MacFarland and Chas Monge, were all undergraduates.

“It’s really, really unusual for undergraduates to have the high quality work that is presented at the APA,” Rellinger Zettler said. “Especially because there’s a separate student section where we could have submitted our work but we chose instead to submit it to the main hall. There were very few other undergraduates there.”

Although the title may be a mouthful, the idea is that the group has been assessing children between ages 4 and 12 to find out how children control their impulse to do something that would give them instant gratification. MacFarland said they also looked at how socio-economic and parental warmth factors played into their inhibitory control.

MacFarland and Benca said that it was interesting to receive input from outsiders who had years of experience.

“It was really interesting because the APA conference wasn’t just focused on child development,” Benca said.

“It’s not typical that undergrads present at these conferences so to be able to be an undergrad and present at a conference like that to people with PhDs and that are well into the field was really interesting,” MacFarland said. “To put our work in front of professionals was just a nice change of pace.”

Another presentation by Eager, Monge, Vasquez-O’Brien and Rellinger Zettler was “The Relations Between Sibling Interactions and Rule Breaking on a Compliance Task,” which was part of the larger ongoing study.

This study looked at sharing between siblings and its relation to empathy and compliance. For instance, the siblings are given a Gameboy video gaming system and told to play with it and then their interactions between one another, such as when they determine that they will share time with the game, are observed.

Monge and Vasquez-O’Brien also presented “Stop Tilting Me! Effects of Individual Behavior on Team Performance in League of Legends.” Monge said League of Legends is a game he really enjoys and, given Illinois College has its own e-sports team devoted to the game, thought it might be interesting to see how the attitude of players might affect the entire team’s performance.

Given that Monge’s presentation was different than a presentation that might normally be seen at the conference he didn’t know exactly what to expect. However, he found that a professor from Florida was doing a similar study and he discussed his finding, along with post-graduate opportunities, with her.

“The crowd we drew as also mostly the younger kids that said, ‘Oh my God, this is League! I want to see what they have to say about this game’,” Monge said. “Of course, there were also other people who had no idea what they were getting into and couldn’t understand but tried anyway.”