A collection documenting the life and work of the late playwright Ken Bradbury ’71 H’98 has been generously donated to the Khalaf Al Habtoor Archives by the Bradbury family. 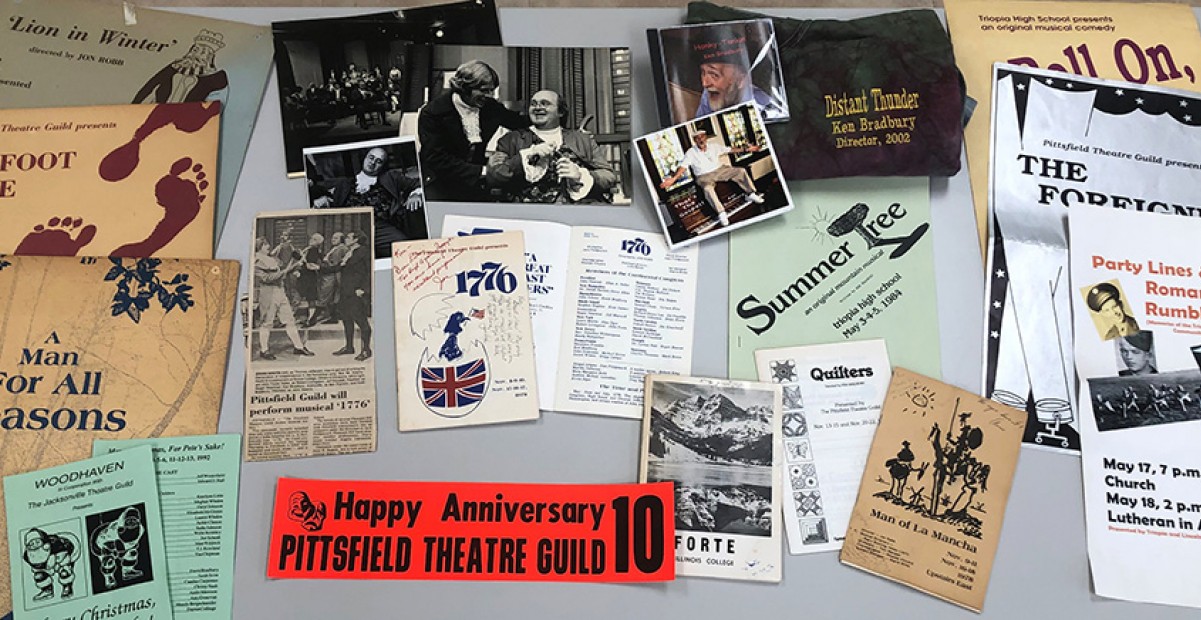 The collection includes awards, correspondence, documents, ephemera, newspapers, photographs, publications and textiles, as well as production advertisements, playbills, posters, programs, scripts, stage directions and sheet music from over the course of Bradbury’s life and the more than 300 plays he penned.

Keith Bradbury ’73 said that future generations and scholars will find his brother’s faith, humor and wisdom stand out as themes throughout his body of work — some of which was never written down.

“But for those that are, we were concerned about their preservation,” he said. “Many of the newspaper articles predate computers, so the printed copy is all that remains. That amounts to more than two columns every week for 35 years. To have these newspaper articles, plays, speeches, letters, etc., in the safe and capable hands of the archive department at Illinois College gives us the confidence that his works will be preserved and available to all who care.”

Since his death in 2018, Ken Bradbury’s family has continued to discover his work. Born in Perry, he directed his first play after graduating from IC and taking a job as English teacher at Triopia High School. He was an educator of 35 years, directed and performed in theatres across the region, and remained active in his local community throughout his life.

“No one knows the extent and depth of Ken’s writings,” Keith Bradbury said. “Today, we are still finding plays he had written for various communities about their histories and happenings.”

Over the summer, the collection was moved and is now being stored in the Khalaf Al Habtoor Archives. Work has begun to organize and preserve the collection, which will be housed in the archives’ state-of-the-art, secure storage facility.

Samantha Sauer, archivist and curator of the Paul Findley Congressional Museum and assistant professor of history, said the collection has already generated significant interest and will serve as a rich resource for teaching and research at Illinois College, as well as for off-campus researchers. Archive student assistants Sara Akram ’24, Imani Council ’22, Abby Garrett ’22, Zihang Jiao ’22, Yanan Sun ’21, Ren Parks ’22, Alena Buckley ’23 and Shawn Oderio ’24 have been working behind the scenes, gaining hands-on experience learning to care for the collection.

Keith Bradbury said his brother “loved IC and all that it stands for,” and his family has always been dedicated to the liberal arts education IC provides. “He is missed by many,” Keith Bradbury added. “But with Illinois College serving as guardians of his work, he will always be near.”