Brad Regul ’11 and Heidi Bruce-Regul ’12 have been halfway around the world and back. 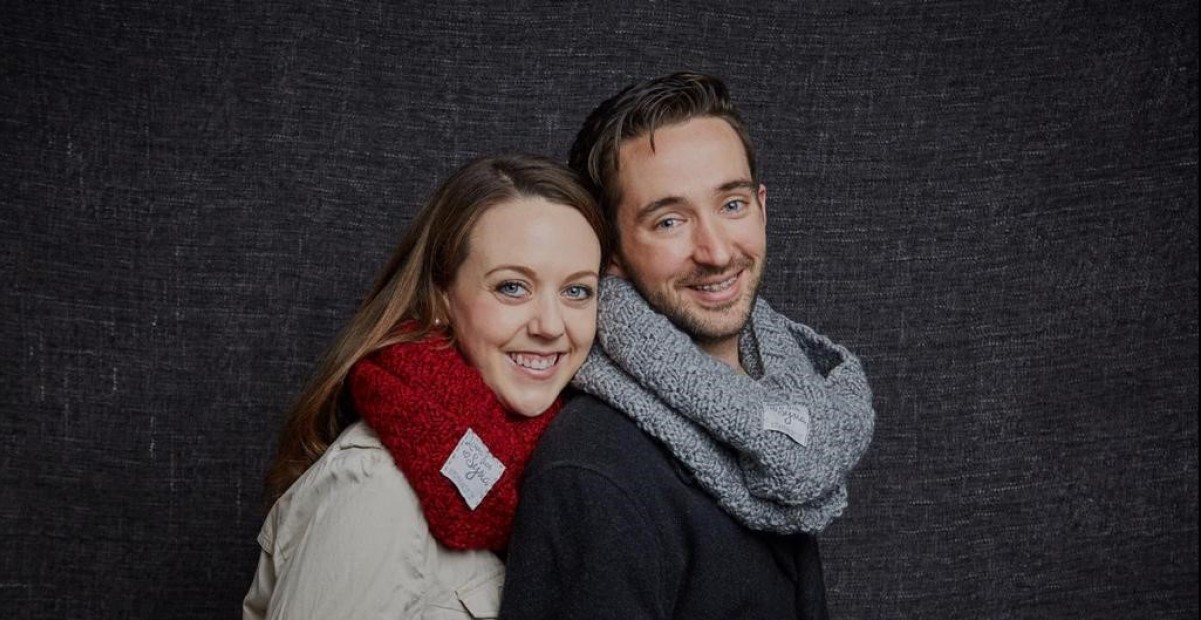 And the couple told Illinois College students during a talk Monday they have plans to do it again after fundraising for the nonprofit they are founding.

The Reguls, both Illinois College alumni, spoke to students on campus about the three years they have spent in Dubai and what they have experienced since first boarding a jet to leave the United States.

Both from small Illinois towns, Dubai was not just a new culture and 7,500 miles away from home. It was exposure to many cultures in one city.

“Only 15 percent or less of people who live in Dubai are actually from Dubai — 85 percent of people are from everywhere else in the world,” Brad said. “… It’s a truly cosmopolitan, multi-cultural city.”

Brad said he developed a “passion for the world” while working on an essay for a contest in college. He didn’t win the contest, but it introduced him to Khalaf Al Habtoor — whose name can be found on Illinois College buildings.

Eventually, Brad contacted the Al Habtoor Group in Dubai and landed a job with the company.

The couple passed on wisdom they learned from the experience: to leverage connections made as students at Illinois College, take advantage of opportunities the college creates to experience new things and be in a position to grow.

In between packing up their pets to move overseas and returning to the United States to found a nonprofit, the couple encountered more religions, cultures and food culture than they ever had before; traveled to neighboring countries; learned to play cricket; and had a baby.

“Our understanding of Islam increased when we started asking questions. But we didn’t just turn to Google and start searching things. We started with our friends,” Heidi said.

Learning about other religions also helped them to learn about and grow closer to their own faith, Brad said.

They learned, too, through sharing American culture with new friends.

Among the photos they presented during the talk was a picture of them with 30 people at a very long Thanksgiving table.

“People who had never seen or heard of Thanksgiving. Thanksgiving is an American holiday. It’s not like Christmas, that’s celebrated all over the world,” Brad said.

They encouraged the students not to be afraid of making mistakes when meeting new people from different cultures.

Brad made plates of Christmas cookies to share with his co-workers. But because the cookies were made using vanilla extract, which contains a small amount of alcohol, his Muslim co-workers couldn’t eat them.

“It was kind of embarrassing for me that I made something that they couldn’t eat, but they were very gracious and they had still appreciated the effort that I had put it. They were overcome by the thought that I had made cookies for them,” he said.

The couple is now home in Illinois to fundraise for their nonprofit, Building Bridges. They hope to be back in Dubai — where their cat and dog are waiting for them — soon, before moving to Jordan, where they will get the organization up and running.

They want to connect volunteers with organizations working to help those in poverty.

“The point is, you don’t have to have it all figured out,” Brad said. “Just get started with what you have; with what you know. Here at Illinois College, you’re taught to live life in leadership and service. You have what it takes when you graduate from here to do anything.”

In the News
Library, IC team up to help homeless
In the News
Student who studied in Puerto Rico says residents need support
In the News
First-year seminar play gives voice to marginalized people
Back to top