Rolando Salazar ’19 was attracted to IC because it gave him the opportunity to be a student-athlete while actively participating in the communities on campus and around the world. 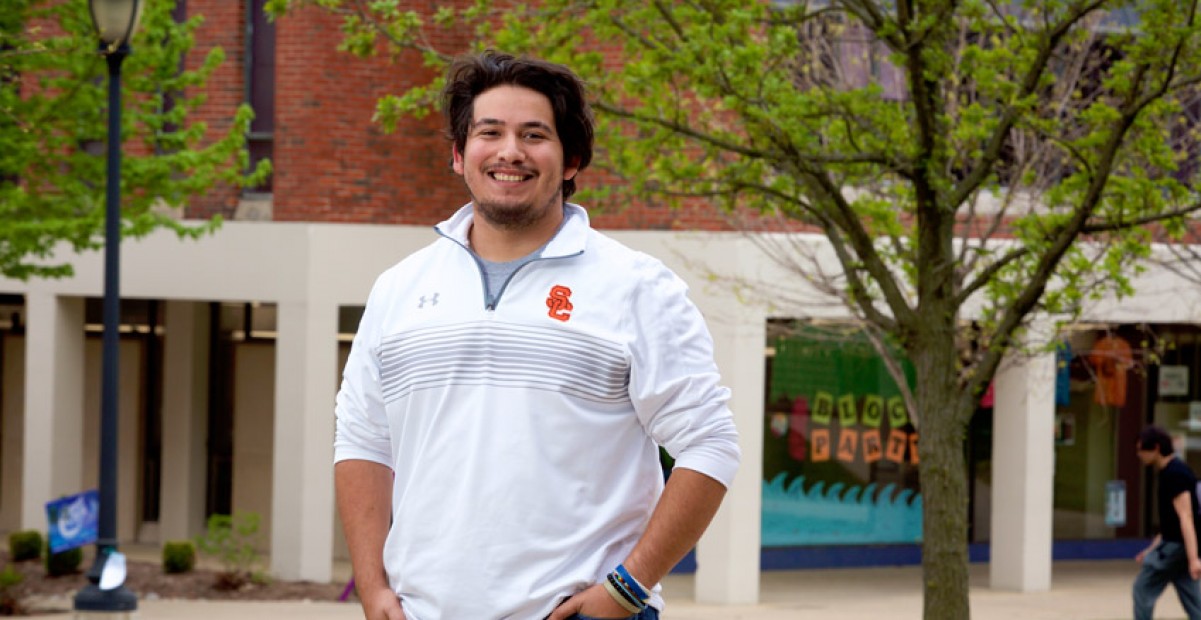 Rolando originally transferred to IC to play tennis, but upon arrival he found even more opportunities to be involved. Some of his most memorable experiences include being part of a literary society, playing on and assisting with the tennis team, and joining the math and computer clubs.

The Spanish major says some of his favorite college experiences were studying abroad in Spain while living with a host family and learning their dialect of Spanish, and participating in an alternative break trip doing community service in Puerto Rico. Rolando feels IC allowed him to make strong, authentic relationships with his peers and professors on campus, as well as connect with others internationally. His ability to connect with others and communicate well will be assets as he begins a position teaching Spanish after graduation.

“I chose Illinois College because I knew there was more out there, and I wanted to see that...going abroad [to Spain] and going to Puerto Rico were both eye-opening for me.”